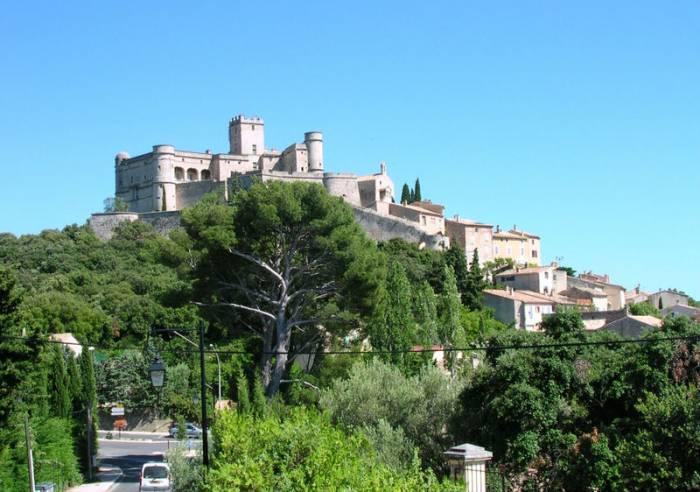 Le Barroux offers walkers a truly enchanting setting, from the bottom of the village to the highest point at the castle. Along the uphill walk, you can admire the delightful terraced stone houses and enjoy the sound of trickling water from the many fountains dotted about the village. Once you reach the top, marvel at the stunning panoramic view as you look out across the Ventoux, the Dentelles de Montmirail and Vaucluse mountains and the Comtat Venaissin plain.
The monastic calm felt here makes it easy to understand why the congregation chose this spot to build their abbey. 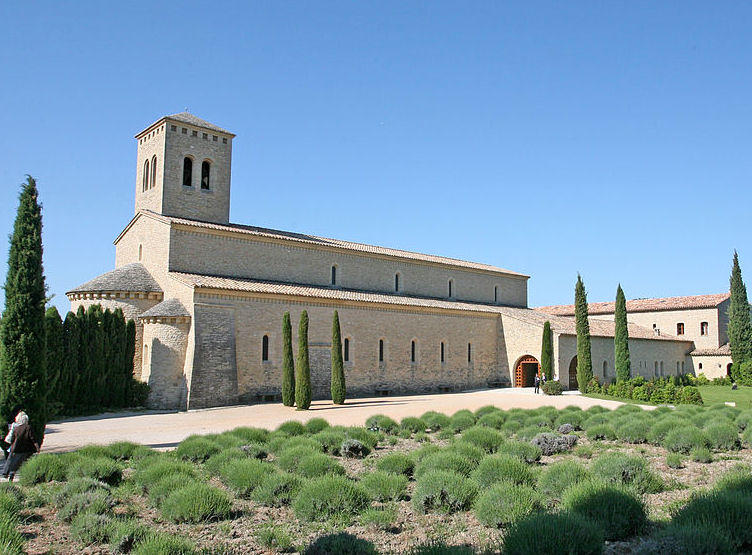 In the late 1970s, a small group of monks began the construction of this monastery on the plain of Le Barroux, and it was promoted to the rank of Abbey in 1989.
Still operational, the abbey now houses a community of sixty monks and welcomes people wishing to undertake a spiritual retreat for stays from one day to one week.

A shop open to the public in the abbey sells products made by the monks themselves (bread, pastries, olive oil, wine, etc.).

This military fortress built in the 12th century in order to protect the Comtat Venaissin was remade during the 16th century and is now one of the most gorgeous Renaissance castle of the region. But following a fire caused by the german solders during the second world war in 1944 who though that it was used by french resistance, the castle was almost entirely rebuilt after this episode.

Although private, some parts of the castle are open to visit in season. 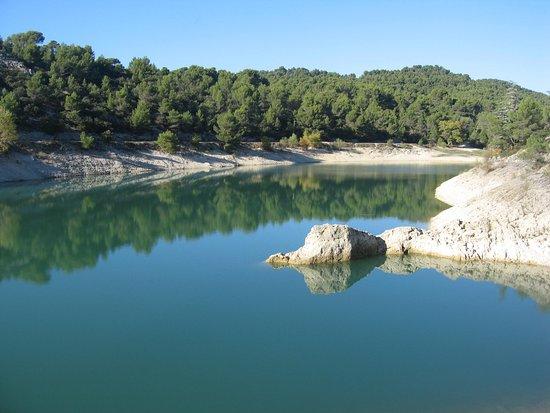 Located at the east of Le Barroux, this 18th-century dam built to irrigate the farm fields is now a tourist's paradise where fishing enthusiasts, swimming fans and sun worshippers find their happy place (please note: swimming is not supervised by lifeguards). In the summer season, many events are organised here, including balls, accordion dances and the tango festival in late July. A kiosk is open throughout the day for cool refreshments. Le Paty lake is the starting point of many walks and hikes for exploring the area and its surrounding hills.

Mas Provençal at the foot of Mont Ventoux for 10 people

Back to the time of the Knights

Having passed through the hands of various owners in the Middle Ages, discover the many medieval sites of Provence and their tumultuous history dating back to the time of the Knights

The natural sites of the Vaucluse

From terraced vineyards on the slopes of the Dentelles de Montmirail mountains, to the Nesque Gorge, not forgetting Fontaine de Vaucluse, explore the varied landscapes of the Vaucluse!